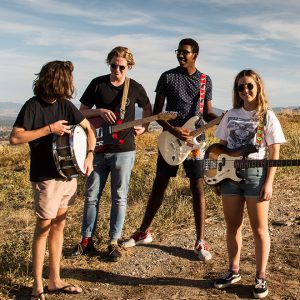 Pablo Pace are four young artists from East-East-South-East Australia, who have come to know their lifestyle as balanced due to living on a border. They plan to travel the East-East coast of Australia spreading their musical love following the release of an EP in late 2018.

With the success of their single “Aurora”, shortly followed by “Pretty Hair”, Pablo Pace continue creating dreamy melodies faster than they could play them. PP pride their music as a swift combination of Indie Rock with occasional accentuated off beats, providing a reggae and groovy feel. On stage that groove comes to the fore as PP lock in and take off. The bands futuristic plans and eager nature only suggest great things.

Jump on board the Pablo Pace train which is destined to stop at all stations on it’s way to ending with a bang at BMF 2019.